Migraine is a common episodic disorder, the hallmark of which is a disabling headache generally associated with nausea, and/or light and sound sensitivity. The abortive (symptomatic) therapy of migraine ranges from the use of simple analgesics such as non-steroidal anti-inflammatory drugs (NSAIDs) or acetaminophen to triptans, antiemetics, or the less commonly used dihydroergotamine. Abortive treatments are usually more effective if they are given early in the course of the headache; a large single dose tends to work better than repetitive small doses. Many oral agents are ineffective because of poor absorption secondary to migraine-induced gastric stasis.

Our research problem was that migraine patients do not respond optimally to these drugs. In addition, current migraine treatments are limited by the associated adverse events and the recurrence of migraine attacks. Our research focused on testing other potential drugs for the treatment of acute migraine headache.

We also analyzed published clinical trial data to investigate evidence about the safety and efficacy of intranasal sumatriptan for the treatment of acute migraine at different doses and at different time points using data from published clinical trials. We found that intranasal sumatriptan is effective in the treatment of acute migraine.

Summary of the Significance of the Work

This project is important to my field because

Migraine is the 3rd most prevalent illness in the world. There is unmet clinical need to improve the treatment of migraine and develop novel treatment strategies to decrease the pain of acute migraine attack with less adverse events than the current conventional medications. Our research was helpful to advance the field by investigating potential agents for the management of acute migraine through a series of clinical trials.

Summary of the Implementation/Influence of the Work:

Our work was heavily cited by neuroscience research articles about migraine pain management which indicate that our work has an impact and significance.

[1] For example, the Linus Pauling Institute Micronutrient Information Center at Oregon State University provides scientific information on the health aspects of dietary factors and supplements, food, and beverages for the general public in the United States (https://lpi.oregonstate.edu/). In their guide about the dietary information of Magnesium, under the section entitled “Migraine Headache”, they cited our clinical trial to highlight that magnesium sulfate infusion could be more effective and faster than other medications for acute migraine headache.

[2] Overstreet and colleagues from the University of Alabama (USA) conducted a study to evaluate whether higher habitual dietary caffeine consumption was related to lower experimental pain sensitivity in a community-based sample. As a rational for their work, in the introduction, the authors wrote about the role of caffeine in pain management and they cited one of our articles as an evidence that acute administration of caffeine as a single bolus has therapeutic potential for acute pain management.

[4] Lötsch and colleagues from Germany conducted an integrated Computational Analysis of Genes Associated with Human Hereditary Insensitivity to Pain. They analyzed data about the similarity between the biological processes associated with the genes causally involved in human insensitivity to pain and the biological processes in which the 413 drugs queried from the DrugBank database. Among these drugs, they found caffeine has a biological similarity that makes it involved in pain insensitivity. They cited our article as an evidence on the role of caffeine in pain management. 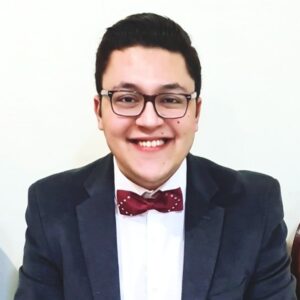